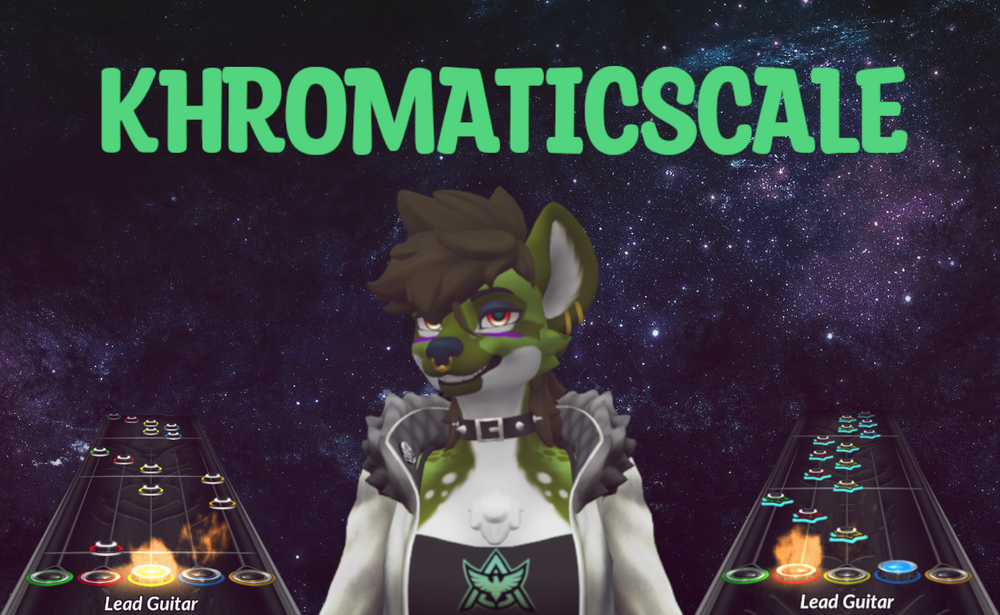 Khromatic began charting in October 2020 after finally figuring out how to get Windows to run on a MacBook. She sought out individual chart feedback from fellow charter Kira early on, but it wasn’t until the first CSC:CS Open tournament that she really got her foot in the door project-wise. As fate would have it, Aren Eternal was in Khromatic’s tournament group. After hanging around in Aren’s stream chat for a few weeks after the tournament, Aren officially invited her to be part of the Fuse Box setlist. A few months after, Froogs would invite her to join the Code Red and Zero Gravity charting teams.

Since then, Khromatic has made waves in the charting scene. She was invited to nearly a dozen major upcoming setlists and appeared on 4 monthly packs as a guest before receiving verified charter status in November 2022 and received an invite to CSC barely 24 hours after verification. She mainly likes to chart thrash metal, progressive metal, djent, and electronic music, though she's down to chart anything if it vibes well.

Outside of charting, Khromatic likes to livestream on Twitch, switching off between rhythm game playing and Overwatch 2 (bad game, she’s aware), and hang out with her closest friends and partners (shoutout to Deltarak <3).