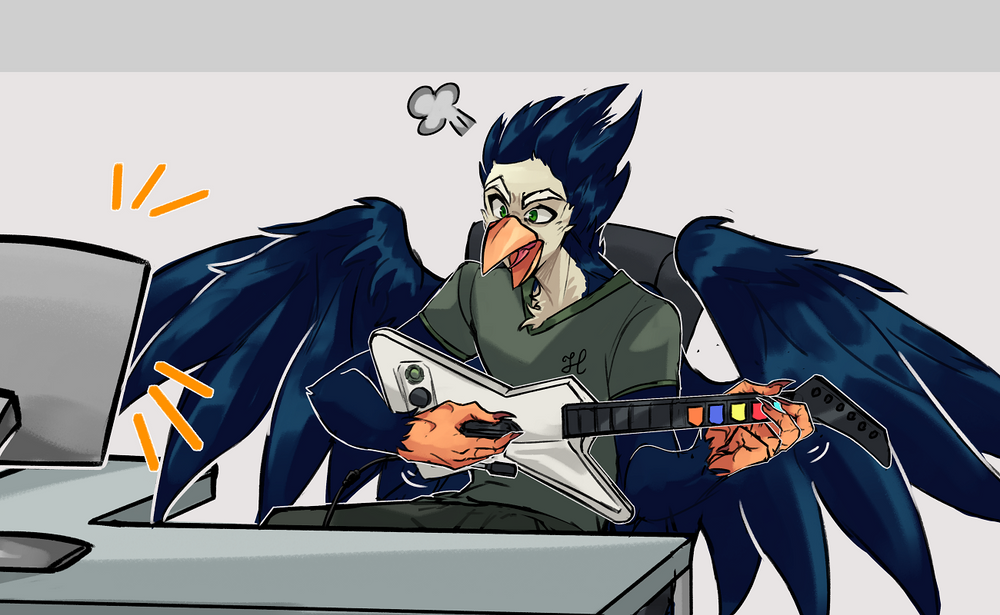 Villain started playing Guitar Hero with World Tour in 2008, and was hooked to the series near instantly. After his Wii broke, Villain took a long hiatus on the series until coming back in 2014. With access to the internet and need to play new songs, Villain found his way to GH3PC and Clone Hero. Frustrated with the lack of songs for bands he enjoyed, Villain finally bit the bullet in 2020 and started charting (well there were like two charts from the year prior but... he doesn't talk about those...). Within a year, he was verified, and a year after that, he finally made it to CSC, after consistently making jokes to Miscellany to do so.

Nowadays, Villain spends his time mixing chemicals, overextending his workload on various projects, and promising to himself he will eventually chart more Elliott Smith. He rarely does.