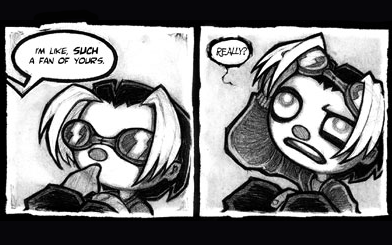 torqqes (Tori) began charting in April of 2018 when their cousin introduced them to Clone Hero. They became verified in October, and they were pulled into Anti Hero to participate in Redemption Arc in December. They became a part of CSC in January of 2019.

torqqes knew very little about the customs community until their cousin introduced them to Clone Hero in late March of 2018. They began charting soon after in early April, making three charts in one day for their cousin and themself. The charts sucked, and weren't released publicly, but they created a preview for their fourth chart, one of "Rebuild" by a crowd of rebellion, for feedback purposes. Later, they'd gain some recognition for their Cuphead charts.

They would gradually improve with the feedback of others until they were considered good enough to be welcomed into the greater charting community!

Their favorite genres include thrash, tech death, indie rock, math rock, and shoegaze, but they are somewhat particular about the bands they like. They also enjoy some electronic here and there. If they had to pick one genre as an all-time favorite, it would be indie rock.

Having appeared on Redemption Arc, Circuit Breaker, and numerous Monthly Packs, they are now working on numerous setlists. This includes their own project, Max Altitude, a setlist focused on alternative rock and its many subgenres!

You can delete this user to remove all the welcome posts